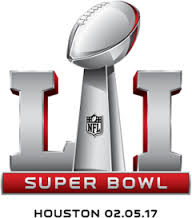 With so many Super Bowl predictions out there, I am going to get straight to the point. I like the Patriots in this game for three major reasons: Tom Brady, Bill Belichick and the Patriots defense.

The New England Patriots (16-2) are making their 9th Super Bowl, appearance  while the Atlanta Falcons (13-6) will be in their second Super Bowl in franchise history.

Both of these teams are explosive offensively, but the New England Patriots defense lead the league in scoring defense, giving up just 15.6 ppg.