Monday was a tough day in MLB but a great day in the NBA!

We took a chance with the underdog Texas Rangers who lost 8-4. Then in what looked to be a win, we saw the New York Mets head into the 8th inning with a 6-1 lead, only to allow six runs in that inning on their way to an 8-6 loss to the Washington Nationals. This drops our record to 11-10 on the season in Major League Baseball.

The show goes on today.  Due to some postponed games and late lines, there is a good chance that we will be playing at least one more game later today.

50/50 would I pick the Marlins? No. But with these odds do I think they have a better chance then the value indicates? Absolutely.

Make sure to list Jarlin Garcia as the starting pitcher for the Marlins when making this pick. There is positive value here even if the Marlins lose by a run.

Cubs projected started Tyler Chatwood is 0-2 with a 7.36 ERA in four career games against the Cardinals.

Adam Wainwright is 10-2 with 3.79 career ERA at Wrigley Field. Value is on the Cardinals

***Currently we are still looking at several other games and this could turn into a 4 or possibly 5 pick day.  The rest of the picks will be available before game time to our subscribers. 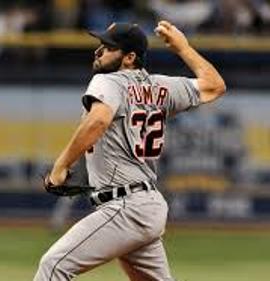 The Giants continued to punish bettors have taken them this season, while the Rockies continue to reward as underdogs.

It looked good when the game went into the 8th inning with the Nats leading 3-1. It wasn’t until Bryce Harper’s two out three-run homerun in the bottom of the 9th that sunk our ship.

The 9 runs which jumped up to 9.5 runs before game time was way too high for anyone paying attention to these teams so far.

We like the Tigers here with underdog value. Detroit is 3-1 as an underdog this season and starter Micheal Fulmer only allowed one run over 14 total innings against the Rays last season with 21 strikeouts

The Tigers are 5-2 against the Rays in the last seven games at Tampa.

Miguel Cabrera is questionable, but I still like the Tigers Moneyline here.

The Chicago Cubs are struggling and have dropped five out of their last six games overall and have been favored in every game this season.

The Brewers Brewers have won six out of last seven games overall and in five out of those six wins they were the underdog.

Both starting pitchers are off to good starts but Cubs started Brett Anderson is still a huge question mark to take the Cubs with -161 juice and Cubs bullpen is 1-4 with a 4.10 ERA so far.

I am taking the Brewers Moneyline.

Marlins starter Yovani Gallardo is 5-1 with a 1.90 ERA in eight starts against the Marlins in his career.

The Marlins are only 6-20 in last 26 road interleague games on the road.

The Mariners have won  eight of its last 11 interleague games at home.

The Indians improved their postseason record to 6-1 as underdogs last night, while the Under improved to 8-1 in Indians games.

Tonight the Indians will send Trevor Bauer to the mound looking to take a 2-0 series lead. Bauer’s impact in game two is a huge question mark after he could only throw 21 pitches on Oct. 17 before being forced to leave the game due to excessive bleeding from his finger.  Six Indians relievers then came to pitch 8 1/3 inning  combine while allowing only two runs,  leading the Tribe to a 4-2 victory over Toronto.

No matter how much a match-up does not favor them on paper, it’s getting tough to bet against Cleveland, because they have heavily reward bettors with their underdog value as they continue to win. I have no idea what to expect out of Trevor Bauer tonight and Andrew Miller is most likely not going to be available out of the Cleveland bullpen.

The Cubs are currently -143 moneyline favorites. Personally I do not think that’s good value based on the way the Indians are playing at home and the recently inconsistencies from Arrieta on the road.

Bauer’s first postseason start was the Indians only game that went above the over/under line this postseason this season. I honestly can see anything going tonight.

My favorite play for this game is actually OVER 3.5 Runs at the 5 inning line. 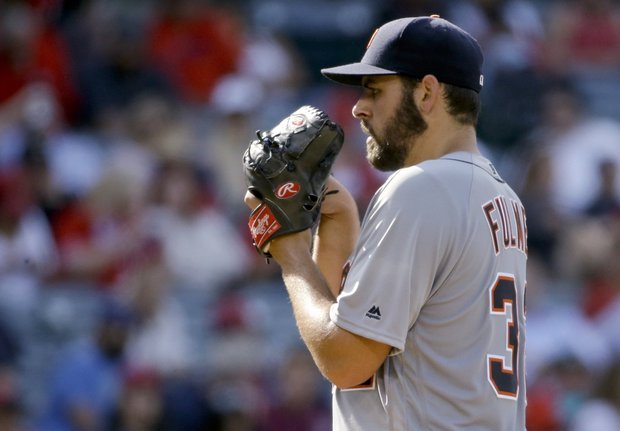 Wednesday has a slate of day games that maybe beginning before you take your lunch break. We’ve been on a pretty good run lately and there are two early games where I believe the underdogs are worth the risk to pick up some extra units.

Remember, when betting on underdogs going only 50% can turn a huge profit. For example if you bet on a +115 underdog you will profit if you can pick at a 47% success rate. When betting on a +160 underdog you only need to hit 39% of the time.

The Indians dominance of the Tigers this season has been astonishing. The Tigers are still four games over .500 despite being 0-11 against Cleveland. Josh Tomlin will be making his fourth start of the season against Detroit, so far he is 3-0 with a 2.61 earned run average against the Tigers. Tomlin is also 3-0 with a 3.24 ERA in day games and Cleveland is 13-2 overall when he has started this season.

The Tigers will counter with rookie Michael Fulmer who is one of the biggest snubs off of the American League all-star team. The Tigers are 10-2 when Fulmer starts this season with one of those loses coming to Cleveland on May 5 in his second career start. Fullmer has allowed a total of three earned runs over his last eight starts, good for a 0.53 ERA over that span. For all you sabermetrics guys out their, Fullmer is also ranked third among all American League pitchers this season with 3.16 wins above replacement.

I came across an interesting stat that was quoted by ESPN’s David Schoenfield. Schoenfield stated, “ If we hypothesize that these teams are otherwise equal (Detroit’s winning percentage when not playing the Indians is over .600), the odds of one team winning 11 in a row over the other would be .00049 percent.”

I’m taking a chance here and going with the underdog Detroit Tigers +115 to finally break their losing streak to Cleveland.

The Indians have not allowed more than four runs as a team in Tomlin’s last six starts. The Tigers have allowed more than two runs as a team only once in Fulmer’s last seven starts. Even though both of these teams games go over more than 54% of the time, I am also leaning towards under 8.5 runs due to the pitching match-ups, although the bullpens could put this at risk late.

The Cubs are 10-2 against the Reds and not one game has yet gone under; the overs are 10-0-2. The Reds snapped a five game losing streak to the Cubs yesterday with a 9-5 win as a +260 underdog. The Reds are never going to be favored over the Cubs, but I think today is a great time to take a chance on Cincinnati +160.

The Cubs are sending Adam Warren to the mound who despite his 3-1 record will be making his first career big league start. He did post a 4.15 ERA in two Triple-A starts this season over 8.2 innings.

Reds starter Anthony DeSclafani has not allowed more than two earned runs in any of his five starts this season.
Betting on the Reds is always a risk, but at +160, I feel that this is a risk worth taking.

Good luck today. I know that both the Tigers and Reds have struggled against their opponent this season, but I like both of their chances to break the trend today.

Early weekday games can sneak up on you before you have time to truly evaluate your best options. There’s a full slate of baseball later tonight along with a huge NBA finals game. However there’s equal opportunity to improve your bank roll this afternoon. Here is a preview of today’s early games in Major League Baseball, and my thoughts if you want to get your bets in early.

The Chicago Cubs and Philadelphia Phillies will play in the rubber match of their series at 1:05 EST. The Cubs are favored as always, but at -180 money line odds. Phillies starter Vince Velasquez (5-2 , 3.67 ERA) has not pitched beyond five innings in his last four starts. This includes his May 29 start at Wrigley Field where he allowed nine hits and seven earned runs over 4 2/3 innings.

If you decide to bet the Cubs you will have to lay down plenty of juice, but there are not enough reasons to confidently bet on the Phillies. My recommendation is to take Chicago.

The Detroit Tigers will look for their second consecutive series sweep when they host the Toronto Blue Jays. With Jordan Zimmerman on the mound, I like the Tigers chances.

Jordan Zimmerman has allowed more than three earned runs only once this season in 10 starts. The Tigers overall are playing their best baseball of the season and the offense will be a challenge for RA Dickey. Dickey is 4-1 against the Tigers since 2013 with a 4.15 ERA and Tigers hitter have a mixed history against him.

Right now the Tigers are finding ways to win and I like them as a -125 moneyline favorite.

I expect a good pitchers duel between two bad teams when the Atlanta Braves take on the San Diego Padres. The fact that Juilo Teheran is only 1-6 despite having a 2.92 ERA and 1.05 WHIP tells the story of how pathetic his run support has been this season. The Braves have managed to score more than three runs only once in the 12 starts made by Teheran this season.

With the Padres sending left handed pitcher Drew Pomeranz (5-5, 2.22 ERA) to the mound, don’t expect for Teheran’s run support to improve. Pomeranz has fallen on some hard luck as well, finding himself on the losing end of two 1-0 games this season, along with winning a 1-0 and 2-0 game. Pomeranz has a 3-1 and 0.73 ERA at home this season. At even money I would lean towards the Padres to win this game, but San Diego is a -150 favorite. So you have to ask if yourself if you really want to lay down -150 on the San Diego Padres against a pitcher as good as Teheran? Playing for under 7 runs is my recommendation here.

Overall this is a pretty even match-up on paper.
Jake Odorizzi (2-3, 3.33 ERA) has been pitching well for the Rays over his last four starts allowing no more than two runs in any of those starts. Archie Bradley (2-1, 4.94 ERA) is coming off of a very strong start against the Chicago Cubs where he only allowed one earned run over six innings with 10 strikeouts. The 8.5 over/under is also right where it should be. Nothing would surprise me in this game, and it is hard to trust the Diamondbacks at home where they are only 10-21 despite winning last night.
Personally among the four early games, this would be my least favorite to bet on.

I am going to keep this real simple. Jake Arrieta is 8-0 and Cubs are 9-0 when he starts.  Betting on Jake Arrieta has not failed yet and there is no reason to jump ship now.  I’m picking the Cubs to win.

James Shields has lost twice to the Giants this season in 1-0 and 3-1 games. In those games he lost to Johnny Cueto and Jeff Samardzija. The Giants are 8-0 against the Padres this season, however the Padres have not yet face Jake Peavy this season, who has struggled.

After losing eight straight to the Giants this season, it is time for the Padre’s luck to turn around. I like San Diego as the underdog today.