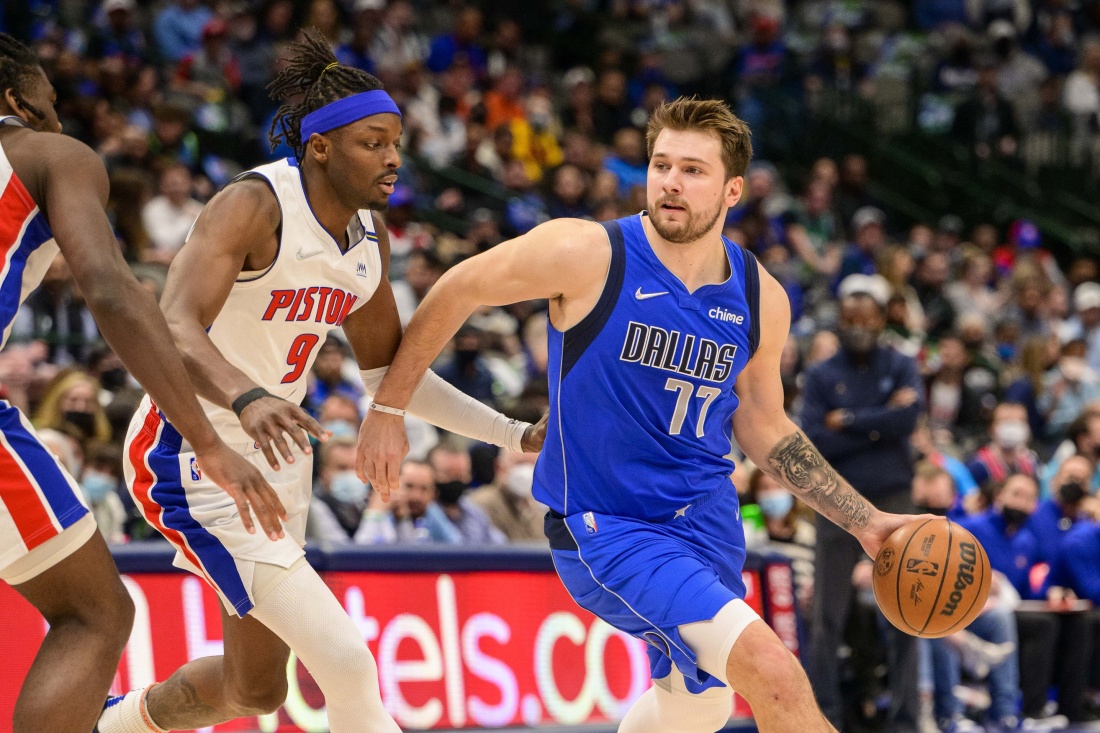 This article is featured here: https://winnersandwhiners.com/games/nba/4-6-2022/dallas-mavericks-vs-detroit-pistons-prediction-6548/

The Detroit Pistons will host the Dallas Mavericks on Wednesday as the NBA regular season continues to approach the finish line. Dallas is preparing for a playoff run, and the Pistons are rebuilding mode with the lottery in their future. Dallas protected its home court beating Detroit 116-86 in the only head-to-head match-up this season on February 8.

Dallas is in the playoffs, but final seeding has not been settled

There are three games left on the regular-season schedule, and Dallas is fourth in the Western Conference. The Mavericks are just one game behind Golden State for the third spot and two games ahead of the fifth-place Denver Nuggets.

Dallas is has won four of its last five games and is coming off a 118-112 road win against the Milwaukee Bucks. Luka Doncic led Dallas with 32 points and 15 assists and grabbed eight rebounds. He has now led the team in scoring in the last six games and averages 28.3 ppg, which is fourth in the NBA, and 8.7 assists which ranks fifth.

On the injury report, Maxi Kleber (7 ppg, 5.9 rebounds) is questionable for Wednesday.

Detroit has the third-worst record in the NBA but has not given up. The Pistons are on a three-game winning streak after beating the 76ers 102-94, Thunder 110-101, and Pacers 121-117 on Sunday. Saddiq Bey led the victory over the Pacers with 31 points. Bey is the only Piston player who has played in all 79 games this season and is averaging 16.3 ppg.

Straight up, the record is not impressive, but the Pistons have performed very well against the spread with a 45-34 record, which includes coverage in their last five games in a row. The team’s over/under record is 37-39-3.

The Pistons are 28th in scoring averaging 104.8 ppg, and 29th shooting 43.1% from the floor and 32.8% from three-point range. They are 13th making 78% from the free-throw line. Jerami Grant (19.2 ppg), the team’s leading scorer, is out of the rest of the season with a calf injury, and the team’s second-leading scorer Cade Cunningham (17.3 ppg), is questionable for Wednesday. The Pistons also have three other role players who are questionable: Luka Garza, Cory Joseph, and Marvin Bagley III.

Detroit has lost alot of games, but they are 20-12-1 against the spread as a home underdog this season. Detroit has also been sensational down the stretch, regardless of the situation covering the spread in 19 of their last 22 games overall. Expect the Pistons to keep this game competitive as well and cover.

Here are my personal picks for tonight’s NBA Action.

The Detroit Pistons are 11-1 against the spread against teams with a .600 or greater winning percentage this season.

Denver is 7-1 against the spread in their last 8 games.

Spurs are 2-5 against the spread in their last 7 games.

Utah has won 11 straight games overall and 8-3 against the spread.

The home team is 8-1 against the spread in the last nine meetings.