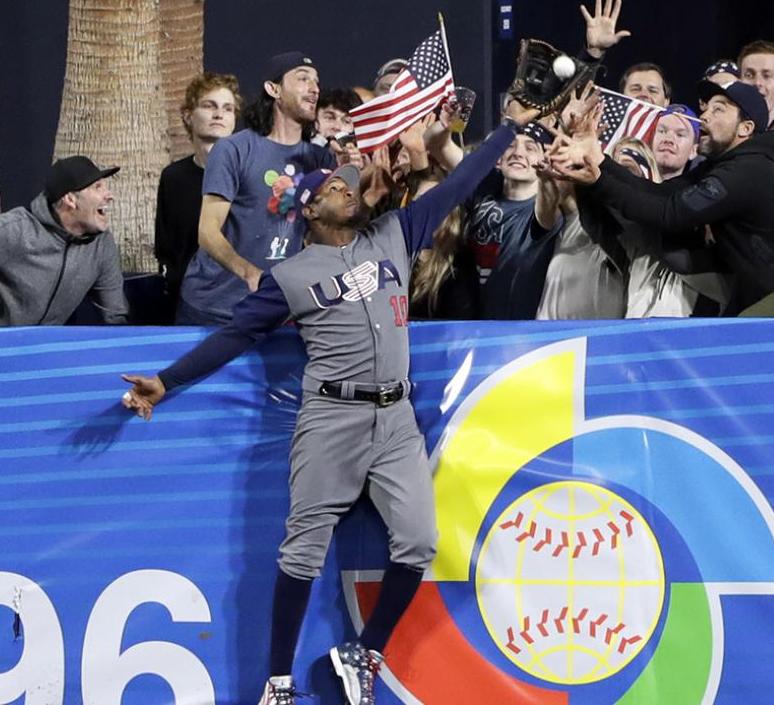 The United States will face two-time World Baseball Classic Champion Japan tonight in Los Angeles in the semi-finals. The winner will advance to take on Puerto Rico, Wednesday night for the WBC title.

Japan is a perfect 6-0 in the tournament so far and have outscored their opponents 46-22. Japan is scheduled to start 27 year old handed pitcher Tomoyuki Sugano, who is 2-0 with a 5.40 earned run average in this World Baseball Classic.

Japan has had the most successful history in the history of the WBC, with championships in 2006 and 2009, to go along with a semifinal appearance in 2013.

The United States began as a +123 underdog, but are now-108 favorites, although this could be based on America gambler bias swinging the line.  But team USA is loaded, despite, the continued argument that I am personally tired of hearing about Mike Trout not playing.  However, talent on paper has never been an issue for the United States teams that have fallen short in the past. The USA has never placed better than a 4th place finish in 2009.

I expect another great game tonight with the United States advancing to the finals for a rematch with Puerto Rico.

The Netherlands and Puerto Rico will face each other tonight in the semifinal of the World Baseball Classic.  The winner will advance to face the winner of Tuesday’s semifinal between Japan and the United States.

The Netherlands 4-2 overall in the WBC so far, began the second round with a Japan 8-6, 11 inning loss to Japan before rebounding with back-to-back mercy rule victories over Israel 12-2 and Cuba 14-1, respectively.  The Netherlands also advanced to the semifinals in the 2013 World Baseball Classic and fell to the eventual champion Dominican Republic 4-1.

Puerto Rico, the 2013 WBC runner-up, is a perfect 6-0 in the tournament this year. Puerto Rico has outscored their opponents 51-15 in those six games.

24 year old right hander Jorge Lopez, is the scheduled starting pitcher for Puerto Rico.  Lopez has only pitched 10 innings at the major league level in his career.  Lopez is 1-0 in the WBC after picking up a win in his only appearance against Mexico when he allowed only one run over 4 1/3 innings while striking out five batters  March 11.

The Netherland has not yet announced a starting pitcher at this time but there a chance former big-leaguer Rick Van den Hurk could take the mound. Van den Hurk who not pitched in the major leagues since 2012, has 1-0 record and  6.43 E.R.A in two starts in the current WBC.

The 2017 World Baseball Classic has been a great run for The Netherland , but I am not going against the team from Puerto Rico -151 .  Puerto Rico has more star power and has been dominate against better competition so far.

The Dominican Republic are the defending champions from the 2013 baseball classic. The United States must win tonight to have any chance of finishing with their best WBC finish ever which was 4th place in 2009.
Bovada currently has the United States as +105 underdogs with the Dominican Republic favored at -135. The over/under is at 7.5 runs.
I plan to enjoy this game and cheer for team USA at heart, but I see this as a 50/50 toss up, so the value slightly favors the USA. I believe that the Americans want to win, but do they want it more than the Dominicans? We shall see. I am not betting on this game personally, but I definitely expect to see playoff level baseball at its best tonight in San Diego.

For what it’s worth I will make a prediction:
USA 4 Dominican Republic 3