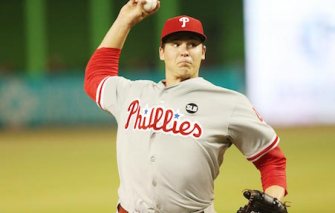 Despite a 1-2 start, Jerad Eickhoff has pitched well to start the season for the Phillies holding a 1.89 ERA.  Eickhoff’s biggest problem has been run support. The Phillies rank dead last in Major League Baseball through 17 games in runs scored, and 29th in team batting average (.219). The Brewers have not been great offensively either, currently batting  only .224 as a team.  Brewers starter Wily Peralta has struggled to start the season. Peltra was better in last outing against against the Twins but still comes in with a 8.35 ERA.  Due to the strong pitching advantage, I like the Phillies -105 here. 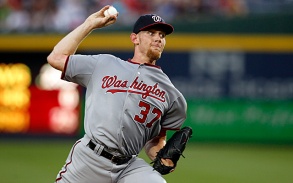 In the last six games the Twins offense has started to gain momentum, going 4-1-1  against the over/under, this came after failing to score more then 3 runs in any of their first 9 games to start the season.  Tanner Roark cooled down the Twins offense Saturday, striking out 15 Twins  batters and leading the way in a 2-0 Nationals victory.  I expect the Twins to struggle again on Sunday against Stephen Strasburg.  Minnesota sends Tyler Duffey to the mound, who will be making his 2016 debut after being called up from AAA.  Duffey, was solid in 2015 with 53Ks in 58 IP and Washington will be facing the young pitcher for the first time. Expect a low scoring Nationals win here.  Go with the UNDER 7.5.

On April 13, the Cubs got to Alfredo Simon for 5 earned runs, and he only lasted 2/3 innings. Simon followed up with a poor relief appearance on April  (1 IP  4R 3ER).  At -170, the Cubs are a clear favorite. Even without turning a huge profit with the odds, I feel comfortable taking the Cubs -165 who come in with a major league best 105 runs scored.