Outside of the Chicago Cubs, two of the hottest teams under the radar are in the American League Central. There’s a lot of baseball left to play, but so far the Detroit Tigers and first place Cleveland Indians have shown why the AL Central maybe the most competitively balanced division in baseball.

Both teams gained a push in the standings due to sweeping their fellow division rivals last week.  The Tigers swept the White Sox in a three game series and the Indians were very impressive in a four game sweep of the Kansas City Royals.

The Cleveland Indians have the longest current winning streak in baseball at six games, with all six winnings coming against opponents with a winning record.  Tuesday’s match-up against the Mariners is hardly a battle of aces. Cleveland starter Cody Anderson is 1-3 with a 6.81 ERA but comes in off of his best start of the season. In his last start on May 23, Anderson held the White sox to one run over seven innings and struck out nine.

Cleveland Indians’ Jose Ramirez, lower-center, and Juan Uribe, upper center, are greeted in the dugout after Uribe scored Ramirez with a sacrifice fly in the fourth inning of a baseball game against the Seattle Mariners, Monday, June 6, 2016, in Seattle. (AP Photo/Ted S. Warren)

Seattle starter Wade Miley allowed nine runs in 4 2/3 inning against the Padres in his last start. There have been at least nine total runs scored in each of his last six starts.

Cleveland is 30-21-5 against the over this season and Seattle is 28-25-4 against the over. Although I am not confident that the Indians can push their current win streak to seven, the Indians have value as an underdog here. Overall, I love the chances of this game going “over eight runs.”

The Detroit Tigers have now won four games in a row with each win being by three runs or more. Detroit came into three of those games as the favorite. The Tigers are 35-19-3 towards the over this season, which is the best percentage of games going over among all teams in MLB.

The Tigers will look to keep their winning streak going when they host the Toronto Blue Jays on Tuesday.  The Blue Jays have currently have won nine of their past 12 games, despite losing to Detroit 11-0 on Monday night. 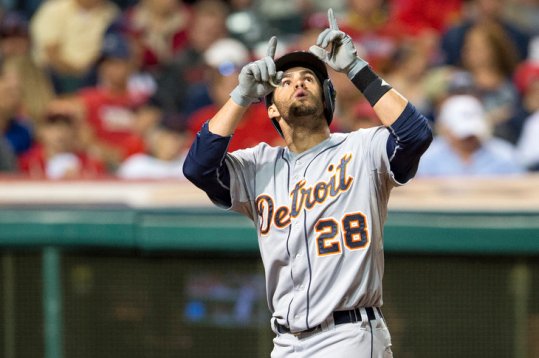 Blue Jays starter, Aaron Sanchez (5-1, 2.99) is 4-0 with a 2.38 ERA on the road this season and current Tigers batters are 2 for 13 against him all time.
The Tigers will send southpaw Andy Boyd to the mound against his former team. For their careers Blue Jays hitters are a combined 6 for 21 against him with 3 home runs. The Blue Jays are 21-35-3 towards the over this season which is more games going under than any other team.

With both teams coming in playing very well lately, I can see this game going either way.  Keep an eye on my picks to see if I make an official wager on this game, at the moment I am leaning towards this game going “under nine runs.”

Even without the starting pitching advantage in tonight’s match-ups, bet against the Cleveland Indians and Detroit Tigers at your own risk.